NCSAM resume–sorry for the interruption – Tales from the Crypto

NCSAM resume–sorry for the interruption

TL;DR ‚Äì hardware problems, resuming NCSAM posts when / if I can get time.

Well, that went about as well as can be expected.

I start a month of daily posts, and the first one is all that I achieved.

Perhaps I‚Äôve run out of readers, because nobody asked if I was unwell or had died.

No, I haven‚Äôt died, the simple truth is that a combination of hardware failures and beta testing got the better of me.

I‚Äôd signed up to the Fast Ring of Windows Insider testing, and had found that Edge and Internet Explorer both seemed to get tired of running Twitter and Facebook, and repeatedly got slower and slower to refresh, until eventually I had to quit and restart them.

Also the SP3 refused to recognise my Microsoft Band as plugged in [actually a hardware failure on the Band, but I‚Äôll come to that another day].

Naturally, I assumed this was all because of the beta build I was using.

So, I did what any good beta tester would do. I filed feedback, and pressed the ‚ÄúRoll back‚Äù button.

It didn‚Äôt seem to take as long as I expected.

That‚Äôs your first sign that something is seriously wrong, and you should take a backup of whatever data is left.

So I did, which is nice, because the next thing that happened is that I tried to open a Windows Store app.

It opened a window and closed immediately.

So did every other Windows Store / Metro / Modern / Immersive app I tried.

Including Windows Store itself.

After a couple of days of dinking around with various ‚Äòsolutions‚Äô, I decided I‚Äôd reached beta death stage, and should FFR (FDISK, FORMAT and Reinstall).

First, make another backup, just because you can‚Äôt have too many copies of the data you rely on.

That should have been close to the end of the story, with me simply reinstalling all my apps and moving along.

In fact, I started that.

Then my keyboard stopped working. It didn‚Äôt even light up.

So, I kept a few things running by using my Bluetooth keyboard and mouse, and once I convinced myself it was worth the trip, I took my Surface Pro 3 out to the Microsoft Store in Bellevue for an appointment.

I dream of Jeannie ‚Äì no, that‚Äôs creepy 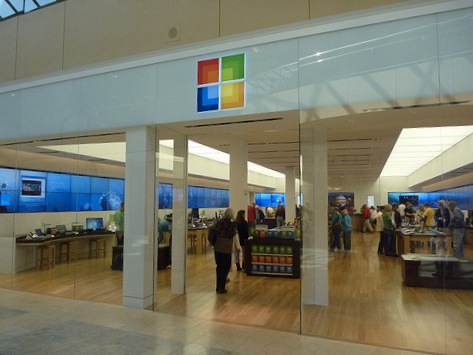 Jeannie was the tech assigned to help me with my keyboard issue. Helpful and friendly, she didn‚Äôt waste time with unnecessary questions or dinking around with stuff that could already be ruled out.

She unplugged the keyboard and tried it on another system. It worked. No need to replace the keyboard.

Can she do a factory reset?

Be my guest ‚Äì I made another backup before I came out to the store.

So, another quick round of FFR, and the Surface still doesn‚Äôt recognise the keyboard.

Definitely a hardware problem, and that‚Äôs the advantage of going to the Microsoft Store.

Let me get you a replacement SP3, says Jeannie, and heads out back to the stock room.

Bad news, she says on coming back, We don‚Äôt have the exact model you have (an i7 Surface Pro 3 with 256 GB of storage).

Is it OK if we get you the next model up, with twice the storage?

Only if you can‚Äôt find any way to upgrade me for free to the shiny Surface Book you have on display up front.

So, now I have a bigger Surface Pro 3

Many thanks to Jeannie for negotiating that upgrade!

But now I have to reinstall all my apps, restore all my data, and get back to functioning before I can engage in fun things like blogging.

I‚Äôll get back into the NCSAM posts, but they‚Äôll be more overview than I was originally planning.

Posted in Miscellany - not security