I was sitting with a dear friend, and we were talking about the new Windows Phone 7,  and the how it compares with the competition (iPhone, Android and Blackberry; notice no mention of Nokia here), and the Apple App Marketplace was mentioned, then my friend suddenly asks: why doesn’t Microsoft have a Windows Marketplace, that would be a great idea?

My immediate reaction was; what the … ?! Microsoft does have a Windows Marketplace and has had one for quite a while now. When I told my friend this he asked, well, why doesn’t Microsoft market this place? Why did I never hear of it before?

To tell you the truth, his was a good question, and it took me some time to realize this; Microsoft really doesn’t market a lot of its work well, doesn’t it? I mean, I grew up hearing the words “Microsoft is nothing but a great big marketing machine” and “the marketing people at Microsoft created this image” and stuff like that, to the point where I started to believe it was true.

But it really isn’t true, not to this point anyway. Microsoft does have a big advertising budget, but IMHO that is only targeted to products it can sell, products like Windows, Office, SharePoint and Windows Phone 7. A lot of other products go unnoticed, simply because nobody knew they even existed. I mean, up until I told everybody, nobody knew Microsoft had their own free antivirus product you can install i.e. Microsoft Security Essentials; operative word is free here.

Other things Microsoft does that go unnoticed are success stories, did you know that MySpace uses SQL Server? As a matter of fact, 440 SQL instances, yes, four-hundred-and-forty instances. Not only that, the total data managed by SQL Server is a whopping 1 petabyte (1 petabyte = 1024 Terrabytes = 1,048,576 Gigabytes), with 130 million users, 300,000 new users every day and 4.4 million concurrent users at peak time. Try that on for scalability and stability!!

Back to the Microsoft Marketplace, not only does Microsoft have a marketplace for Windows, it has one for Office, Mobile and Xbox. Yes, that is correct, four! And here they are:

So you see, Microsoft really is a changed company, and not all for the worse either. What do you think?

I know it sounds cheesy, that’s because it probably is. Not because it’s particularly wrong to try to ‘verbify’ it, but because it’s trying too hard to be like Google. The fact is, I do ‘bing’. Yes, you heard right, I use Microsoft’s bing as my primary search engine, and I have done so since the very first day. Actually, I started with ‘Live’, even before the birth of bing.

Having said, I have to say, I have never had to revert back to Google, ever. I have almost always found what I was looking for; except in those extreme cases when I could not, a quick refinement of my search keywords would remedy that immediately. That doesn’t say that I never use Google, I do, but only when the default search engine is set to Google (someone else’s machine); I’m not going to switch to bing just for the sake of switching.

Don’t get me wrong, I’m not saying there’s something particularly wrong with Google, it’s just that I prefer bing. And I would ask everybody to try to use bing for some time, let’s say, a week, just force yourself for a week, and you’ll see for yourself that it is at least as good as Google. In fact, other than the interface, there isn’t much to differentiate between both search engines. That’s primarily because they keep competing for the same features, when one adds one the other does as well.

As for ‘verbifying’ the name, I’m afraid I will continue to use ‘google it’ instead of ‘bing it’ just the same way I say, pass the ‘Kleenex’ or ‘Xerox’ this for me or I ‘Hoovered’ the carpet.

What do you think?

Won’t say much here, except, watch this video!!

I just created my Twitter account. I know, I know, what took me so long… why so late…

Oh, by the way, you can also find me on Facebook… http://www.facebook.com/basharlulu

Almost every Arabic speaking person I know does this; they write Arabic words using English letters. When chatting, SMSing or even blogging.

That’s somewhat normal, since they’ve memorized the English keyboard by heart. The problem is, some of the letters in the Arabic alphabet are missing in English, and therefore people have replaced these with numbers and combinations of numbers and letters.

For example, the Arabic letter ‘ع’ is replaced with the number ‘3’. And the letter ‘ء’ with ‘2’. Which makes the name ‘علاء’ in Arabic translate to ‘3ala2’ in English literals.

If anything, this makes reading very difficult.

Introducing Maren, Microsoft Egypt’s solution to the problem! Watch the video on the site and you’ll understand…

I’ve heard about this a great number of times but never thought it was this good! If you thought (like I did) the Wii was good… take a look at this!! 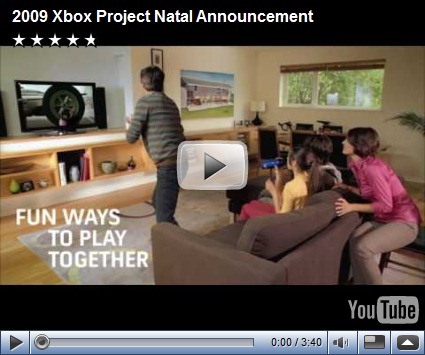 Like my friend Shijaz said: no words, just watch and see.

I just formatted my laptop. It is something I have not done ever since I bought my laptop almost 2 years ago, which came with Windows XP preinstalled.

I formatted it to install Windows 7 which, as an MSDN subscriber, I had first hand access to. I did everything right, I backed up my previous C: drive (I keep all my files on the D: drive) and made emergency bootable media just in case.

I have to admit I was hyper-excited. I’d only had 4 hours of sleep the night before and was falling half asleep between clicks, but, it was all worth it. The ‘adrenaline was pumping fast’ as they say on reality TV shows.

Just to clear things up; my laptop’s a 1.6GHz Gateway with 3GB memory and 160GB HDD, and a VGA capable of running Aero. Towards the end of the Windows XP days, it was running pretty darn slow, because of all the software I’d install for testing and/or development purposes. And I was looking forward to the alleged ‘crisp’ speed of Windows 7.

To tell you the truth I was shocked to see how Vista-like it was, and when applications started to freeze for no apparent reason, I said to myself, oh boy, here we go again. If the recession didn’t ‘break’ Microsoft, this surely will, another Vista fiasco.

I tried to run Windows Media Player for the first time and it froze. I ran IE8, and a few tabs in, it froze. I couldn’t understand the ‘new taskbar’ and how it was supposed to operate and even that froze.

I was devastated. Now I have to switch back to Windows XP! And then I remembered an article I’d read earlier about how Windows 7 would run on netbooks and I thought, year right, super netbooks maybe.

I mean, on my machine, running almost entirely with no other applications installed, Windows 7 required almost 800 MBs of memory. That’s almost 4 times as much as Windows XP had required. Most netbooks have around 1GB memory in total, which leaves around 200MB for all other applications. How is that going to work, I don’t know.

The next day, I’d had some sleep and decided to give it another shot. I setup my email accounts, downloaded all the available updates, which were mostly for Office and then gave it a number of restarts.

A couple of hours had passed by, and for some reason (perhaps it’d finished indexing) Windows 7 started to work surprising well. No freezing, no delays, fast responses; IE8 was exceptionally responsive, even faster than Google’s Chrome on my XP machine!

Every other application I ran was working perfectly. I was getting the hang of it, and that new taskbar is amazing!! Windows 7 has so much out-of-the-box now I fear another round of anti-trust cases. In fact, the only problem I had was the fact that it was using way too much memory for my liking.

The way things are going if I never use Windows XP again, it’ll be too soon. For now though, call me Mr. Windows 7!!

Neither could I. Xobni (pronounced zob-nee) is ‘Inbox’ spelt backwards, and has been hailed by Microsoft Chairman Bill Gates as the ‘next generation of social networking’.

At first glance Xobni looks like yet-another-desktop-search-engine, much like Google Desktop and Windows Desktop Search. A second glance would prove all the difference.

Officially, Xobni is an Outlook plug-in ‘that helps you organize your flooded inbox’ (which doesn’t say much).

While indexing your email Xobni will group contacts you email together much like the way Facebook and LinkedIn do. It will provide you with information on who this contact ‘networks’ with (based on the people he Cc’s when emailing you), how many emails you have exchanged with each contact (in and out) and will even rank your contacts based on the number of emails you send.

Xobni will even let you know how many ‘conversations’ you have had with a particular contact and what files you exchanged with him/her.

Xobni will even attempt to associate telephone numbers with contacts based on ‘signatures’ and other algorithms and will allow you to call them using Skype. Whenever you click on an email (to read or preview it) Xobni will immediately provide you with the most relevant information for the person who has sent you the email.

Microsoft seems to have been interested in Xobni, but were turned down, price issues (rings-a-bell?). Xobni are planning versions for different email applications / services, but right now, its only for Outlook. Remember, its still in beta.

Ok, first a disclaimer: I’m a Microsoft MVP with a competency in Visual Basic.

Normally I would not give this much thought, I’ve always favored VB (I started using it back when it was in version 3) over all other languages and thought very little of the debates that went on online comparing it to other languages.

Even when I read columns like this one, I felt nothing of it. ‘VB will prevail’ I used to tell myself, after all, no sane company in its right mind would alienate its ‘largest group of developers’. I still think so.

However, when I am asked to ‘consider’ switching over to C# by my company, and specifically my boss and friend, who he himself is a former VB MVP, a few different thought-storms are brewing in my mind.

But probably the most important question is: how did this happen?

That is when I decided to write this blog. The fact of the matter is, there are many reasons for this to happen. The migration of developers from other platforms, J2EE for example, find a more familiar face in C#. VB6ers NOT migrating to the .Net world is another factor. And perhaps, the mere fact that VB is dumbed the hobbyists language of choice (after all, it is the most downloaded setup of Microsoft’s ‘express’ editions) is yet another reason why ‘professionals’ are migrating.

But perhaps most importantly is universities worldwide offering C# as the development language of choice (or any semicolon language for that matter).

All the rest, is merely the chain reaction set in motion. C# books becoming more popular and better selling. C# developers becoming more desirable and thus paid better. Resources for C# are becoming much more available than for VB. And now Microsoft, the company that popularized the language, are treating it as a second-class citizen.

I don’t mind becoming ‘multilingual’, but I’ve grown to love and respect VB throughout the years, and I won’t go down without a fight! In my opinion, VB is and will remain the ‘easiest’ most efficient language to develop applications in; plus I don’t think it is fair. Bill Gates: help!!

Anyway I’ll take C#, with a grain of salt.

What do you think?