I’m a firm believer that if you build community tools which become important to folks, you’ve got to do your best to maintain them! So this is a brief post for users of my SharePoint Content Deployment Wizard and Config Store utilities. Both of these have recently been updated on Codeplex, and depending on circumstances you may want to ensure the latest versions are what you have in your toolbox. I’ll explain the changes I noted in the readme.txt of the respective updates here:

This release is primarily to fix a regression bug in the 2.5 release (the first item in the list below) and provides:

Also note the main new features of the 2.5 beta (included in this release):

A definite yes if you downloaded the 2.5 beta release, due to the bug in that version.  If you have an earlier version e.g. 1.1 or 2.0, then most likely it’s still a good idea to upgrade to the 2.6 beta as it’s fairly well tested and has some functionality you might need some day. The beta label will likely come off in a few weeks, as I know this matters to some folks.

Changes in this release:

In this case, if you’re already using the Config Store in your site(s) it’s recommended to only consider upgrading to this version if you know you have the same problem reported by Waldek – because the field names changed, an upgrade will require some work on your part (e.g. a utility to migrate from the old schema). However, for greenfield installations, this version should definitely be used.

N.B. These Config Store changes will be ported to the Language Store framework (sister project) over the next few days.

At this stage I’m expecting my Shareutilities to continue to be useful in the 2010 world.

Like several others, I heard the good news from Microsoft last week that I’m a SharePoint MVP for another year. I’m really pleased to get the award again, as it’s nice to be recognized by Microsoft for what you’ve done. I find it useful (to me anyway!) to have a bit of reflection on what I’ve been up to for the last year. The big things were probably:

A busy year to be sure. I just want to say thanks to everybody that went to the trouble of passing on their thanks or feedback on some of this stuff – I really appreciate it..

In my last post, I talked about a fix to my Config Store framework for an issue which manifested itself on certain SharePoint builds, with Windows 2008 and a recent cumulative update seeming to be the trigger. Some of you may know that I produced a sister project to this one called the ‘Language Store‘, which is designed to help build multi-lingual SharePoint sites – since this framework is built off the same underlying XML and plumbing, this solution was also affected.  So this post is just a short one to say that the fix has now been applied to the Language Store framework, and the new version is now available on Codeplex at http://splanguagestore.codeplex.com.

The problem was effectively that items in the SharePoint list could no longer be edited – well, in fact they could be updated using code, but the list form .aspx pages were not showing the fields correctly so items couldn’t be edited in the UI. Since it kind of defeats the point of SharePoint to have to write code to update list items (!), this was a big issue on affected builds. Interestingly some users reported working around the issue by removing/re-adding the content type from the list in the browser, but happily this is no longer necessary since the root issue has now been resolved. The problem was traced to some incorrect XML in my FieldRef elements – see the last post Fix to my Config Store framework and list provisioning tips for the full info.

If you’re still reading, I figure some folks would welcome a reminder/intro on what the Language Store actually does – it’s not about replacing SharePoint’s variations functionality which is commonly used on multi-lingual sites. I noticed Spence gave it a better name in an e-mail recently where he described it as a ‘term store‘ for multi-lingual sites – this actually captures what it does far better than my name for it. Effectively the idea is to provide a framework for the many small strings of text which are not part of authored page content which need to be translated and displayed in the appropriate language. As an example, here is a page from the BBC site where I’ve highlighted all the strings which may need to be translated but which don’t belong to a particular page: 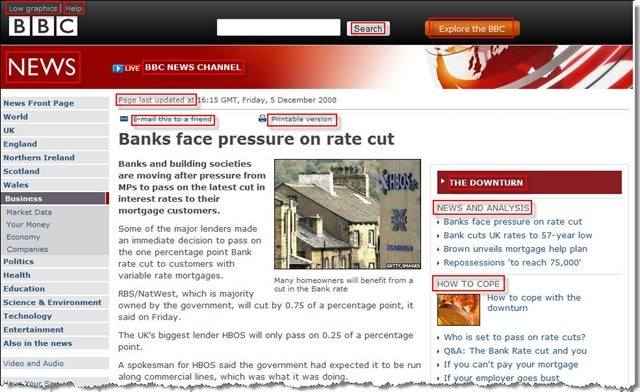 There are many of these in a typical multi-lingual site, and to help deal with this requirement the Language Store framework provides the following:

If you want to find out more, see Building multi-lingual SharePoint sites – introducing the Language Store. The solution can be downloaded from the Codeplex site at http://splanguagestore.codeplex.com.

Apologies to existing users who were affected by the issue.

This is great news, I’m really thrilled to be recognized for the community stuff I’ve done over the past year, and personally I know I’ve been impressed by the work of so many existing SharePoint MVPs, so it’s a big honor to be part of that group. I’m particularly grateful to the people who nominated me, thanks guys. It was weird having to look back to fill in the spreadsheet MS ask you to complete to be considered for MVP – I guess some of the key highlights for me were:

I guess I’ll enjoy putting the MVP image on my blog etc., but the biggest reward is without doubt when someone leaves a positive comment or mentions in person that they’ve found the articles or tools useful – I’m never sure if people realize how much this is listened to. Anyway, I’m busy on the next version of the Wizard and some other articles, so you’ll hear a lot more from me in the future.

So a full year after it started, this tagging thing is still going on – my buddy Robin Meuré has tagged me to write about things you didn’t know about me. I figure since I’ve not done this yet and I rarely write about anything personal, I’d make an exception and do it – so here goes. I think I’m actually supposed to write 8 facts, but 5 seems plenty to me 🙂

So that’s me. Some other people I’d like to tag who I don’t think have done this are:

..but I’m hoping you won’t notice! The new URL is the somewhat simpler www.sharepointnutsandbolts.com, and if everything goes to plan everything will be redirected from old to new, so any bookmarks should continue to work. Or that’s the theory promised to me by my blog host, but I thought I should say something just in case 🙂 Certainly all subscribers to the feed won’t need to do anything – the Feedburner URL will stay the same.

Changeover will be later this week – if anybody notices a problem I’m keen to hear, please drop me a comment to let me know!

P.S. I’m likely to switch over to using the CKS : EBE framework at some point soon. A few people have commented that since we moved into 2008, they found it harder to find articles since the navigation on the right buries them under the ‘2007’ node. I’ve tried to mitigate this by adding the ‘Most popular articles’ list (as indicated by Feedburner), but I know navigation isn’t ideal. Rest assured I’ll improve it when I have more control over the site!