Recently I was working on a POC which required me to insert 1,00,000 records into AX 2009 from an external LOB application and post these lines in AX. Well that got me thinking since it was a huge amount of import. .NET BC would be very slow, excel import would not be feasible. Direct SQL inserts seemed to be the feasible solution but I had to deal with RecId, RecVersionId & Company. Well after much R&D I hit upon using SSIS and some custom scripts to get the data inside AX. My test environment was:

Objective: Insert these records in AX 2009.

Results: Inserted 1,00,000 records inside AX 2009 in 13.6 seconds (along with RecId, RecVersionId & DataAreaId). Used SSIS to bulk insert the records.

So how I went forward??

The script for sample table create is as follows.

The script for sample data in the above table is as follows. 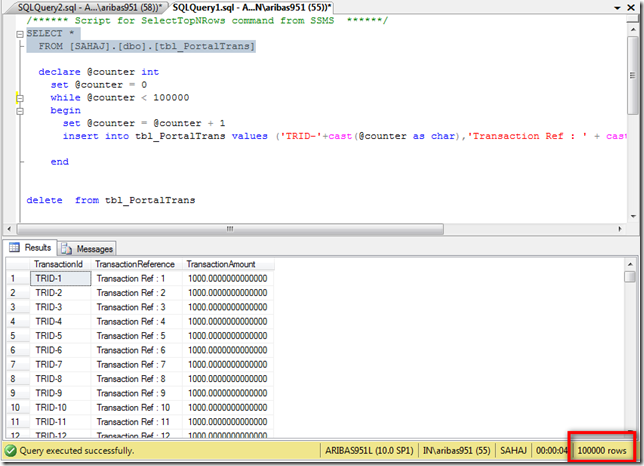 This would be the ultimate target of these 1,00,000 records from the source table. The source xpo is attached in the download url. 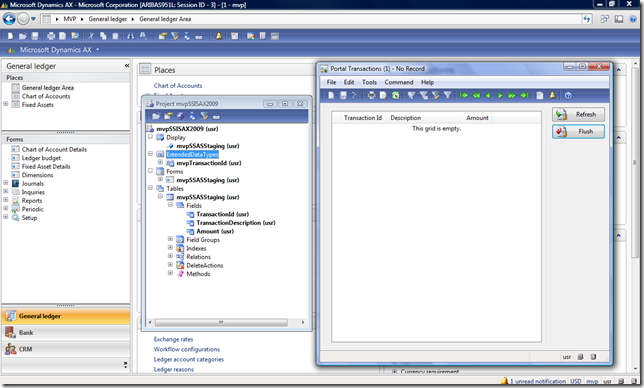 This was the meat of the application. I creates a SSIS package which reads the source tables, uses a few transformations to add extra columns to the data, use the custom script to generate the recid’s on the fly and finally push it inside AX 2009. I have also uploaded the VS 2008 SSIS package. 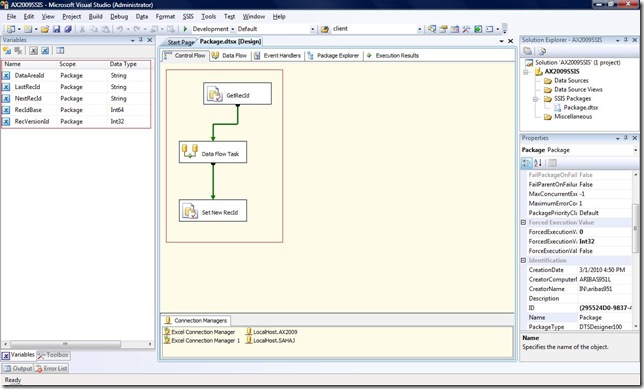 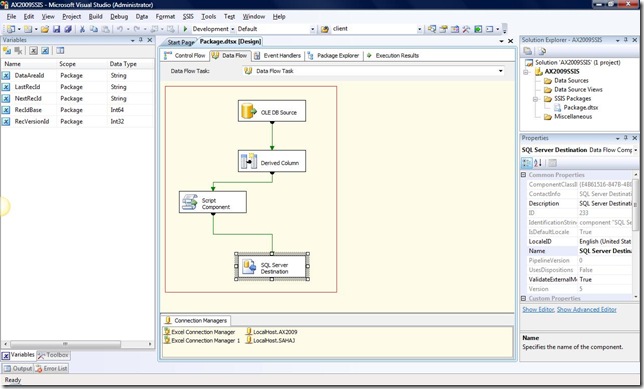 I’m also attaching a video on how this works 🙂