According to a newly released report by Barracuda Labs, based on a two-month study reviewing more than 25,000 trending topics and 5.5 million search results, Google remains the most popular search engine used by malicious attackers, relying on poisoned keywords.

The company, which also sampled Yahoo Search, Bing, and Twitter, contributes Google’s leading position to the fact that Google remains the market share leader in online search, and consequently the most targeted search engine.

Key highlights of the study:

Interestingly, based on the data gathered, the most popular topic of choice for cybercriminals were spyware related searches, followed by entertainment news, with hosting sites, P2P and proxies related searches showing a significant growth. What’s worth highlighting while interpreting the data, is that it’s only valid for a specific period of time. How come? […] 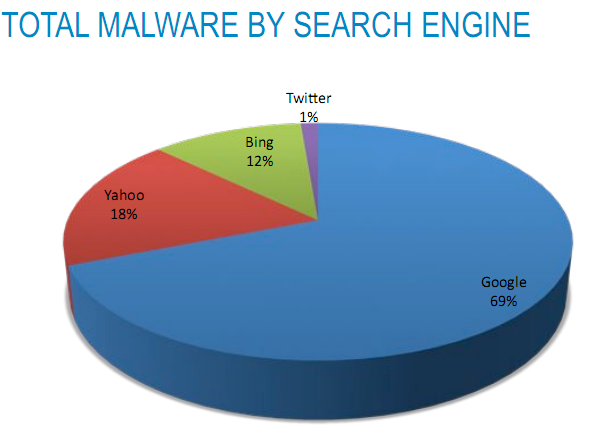