I “wrote” a couple of video courses published on Pluralsight (a third one is work in progress, stay tuned!).

My first Pluralsight course was “Building Context-Menu Shell Extensions in C++”. It’s a slightly less than three-hour course, in which I teach you how to build context-menu shell extensions in C++, using Visual Studio.

The course starts with a brief introduction to COM: just to those COM concepts required for the remaining course modules.

Then, in the following module, I introduce the use of IExecuteCommand to build a simple context-menu shell extension. In this module, I use just “raw” C++, without any frameworks (like ATL). This approach gives the opportunity to show how some things work “under the hood”.

In the next module, I revisit the IExecuteCommand technique, but this time with the help of ATL. ATL is a very useful productive framework for C++/COM programmers: comparing the work done in the previous module with the ATL-based approach presented in this module will make you appreciate the productivity improvements brought by ATL (and Visual Studio ATL Wizards).

Moreover, while IExecuteCommand simplifies some common operations, more advanced techniques like building fancy UIs in the context-menu (for example, implementing owner-drawn menu items) require the use of IContextMenu and its later incarnations (like IContextMenu3).

I hope you enjoy the course. 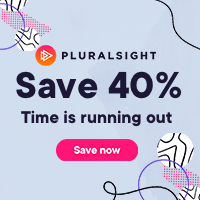