The code compiles fine, but the output is a hexadecimal sequence, not the string “Connie” as expected. Surprise, surprise! So, what’s going on here?

Well, wcout doesn’t have any clue on how to deal with CStringW objects. All in all, CStringW is part of ATL; instead wcout is part of the <iostream>: they are two separate worlds.

However, CStringW defines an implicit conversion operator to const wchar_t*. This makes it possible to simply pass CStringW objects to Win32 APIs expecting input C-style NUL-terminated string pointers (although, there’s a school of thought that discourages the use of implicit conversions in C++).

So, wcout has no idea how to print a CStringW object. However, wcout does know how to print raw pointers (const void*). So, in the initial code snippet, the C++ compiler first invokes the CStringW implicit const wchar_t* conversion operator. Then, the <iostream> operator<< overload that takes a const void* parameter is used to print the pointer with wcout.

In other words, the hexadecimal value printed is the raw C-style string pointer to the string wrapped by the CStringW object, instead of the string itself.

If you want to print the actual string (not the pointer), you can invoke the GetString method of CStringW. GetString returns a const wchar_t*, which is the pointer to the wrapped string; wcout does know how to print a Unicode UTF-16 wchar_t string via its raw C-style pointer. In fact, there’s a specific overload of operator<< that takes a const wchar_t*; this gets invoked, for example, when you pass wchar_t-string literals to wcout, e.g. wcout << L”Connie”, instead of picking the const void* overload that prints the pointer.

So, this is the correct code:

Another option is to explicitly static_cast the CStringW object to const wchar_t*, so the proper operator<< overload gets invoked:

Although I prefer the shorter and clearer GetString call.

(Of course, this applies also to other wcout-ish objects, like instances of std::wostringstream.)

P.S. In my view, it would be more reasonable that “wcout << …” picked the const wchar_t* overload also for CStringW objects. It probably doesn’t happen for some reason involving templates or some lookup rule in the I/O stream library. Sometimes C++ is not reasonable (it happens also to C). 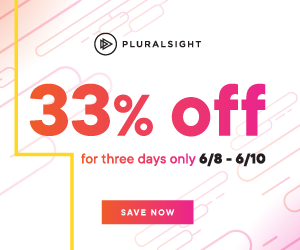