If you happen to watch anime frequently, during your childhood, or at least chanced upon a few anime series, you would have seen those familiar running scenes (See Anime Run Around on youtube for a rough idea), where anime characters run around very quickly. In this article, we will talk about the concept on how you can create/ mimic the running animation using PowerPoint. To start off, think of anime as a flipbook, where every movement is a new frame (in this case, slide) by itself. Thus, instead of using animation effects available on PowerPoint, you link the movements together through tons of slides (Advanced PowerPointers may use Flash Once effect as a substitute for easier addition of other animations occurring in the background, though it has much more complex implementation for starters). Sounds difficult? Yes, but it’s really easy once you have a grasp of the concept (Note: The slide by slide animation, has also been achieved by several PowerPoint animators (notably Blastoons on PowerPoint Heaven)). However, what we are going to cover is the running animation concept, rather than slide by slide animation as a whole.

The basic running animation is extremely easy and can be achieved in as little as two slides, while the advanced version requires roughly 6-10 slides depending on the details of your animated character. To achieve the basic running animation, all you will need to do is to link the leg movements. First, we will start off by drawing a simple character similar to the popular Newground’s madness series. Now, instead of having two circular legs, we create four with equal spacing apart. Duplicate the slide so that we have two similar slides. On the second slide, reposition the legs so that they are now ‘in between’ the ones from the previous slide. Next, select the Transition tab. Under Timing section, put a checkmark on the After option. Leave it as 00:00.00. Click Apply to All slides. This will allow it to advance to the next slide automatically. Then, go to Slide Show tab and select Set Up Slide Show. Put a checkmark on Loop Continuously until ‘Esc’ so that the two slides will loop infinitely. Run the slide show and we are done! 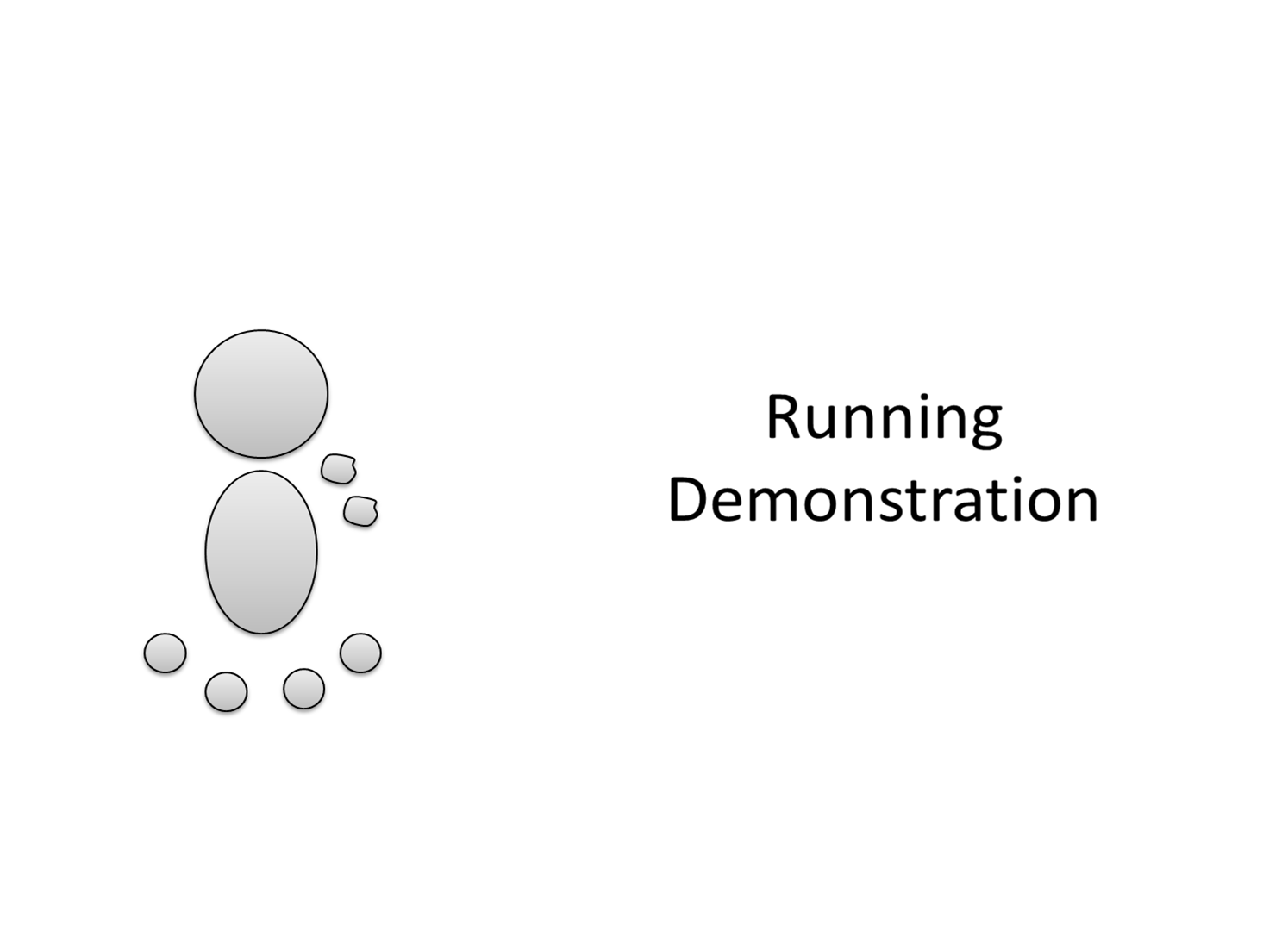 The basic running animation concept above can be used in scenes where a character is being chased after or running in panic. If you are going for the more advanced running animation, you will also need the hand movements. It will not be as simple as the previous ones, though the same concept applies. We will need roughly eight slides this time round, with the two slides duplicated another three times. When done correctly, you should see alternate leg movements throughout. Next, will be the hand movements. What we need to do here is to create a swinging illusion. Start off by using three slides to adjust the lower hand down to the back evenly. Then, using the next three slides to adjust the upper hand down to the back, while the lower hand now goes back to its original position. Take note that for the upper hand, you will need to do a right click then select Send to Back so as to show that the upper hand is on the other side of the body. For the remaining two slides, bring the upper hand back to somewhere close to the initial position, but not quite as it will be looped back to the first slide, which is has the initial position. Now, run the slide show and we are done!