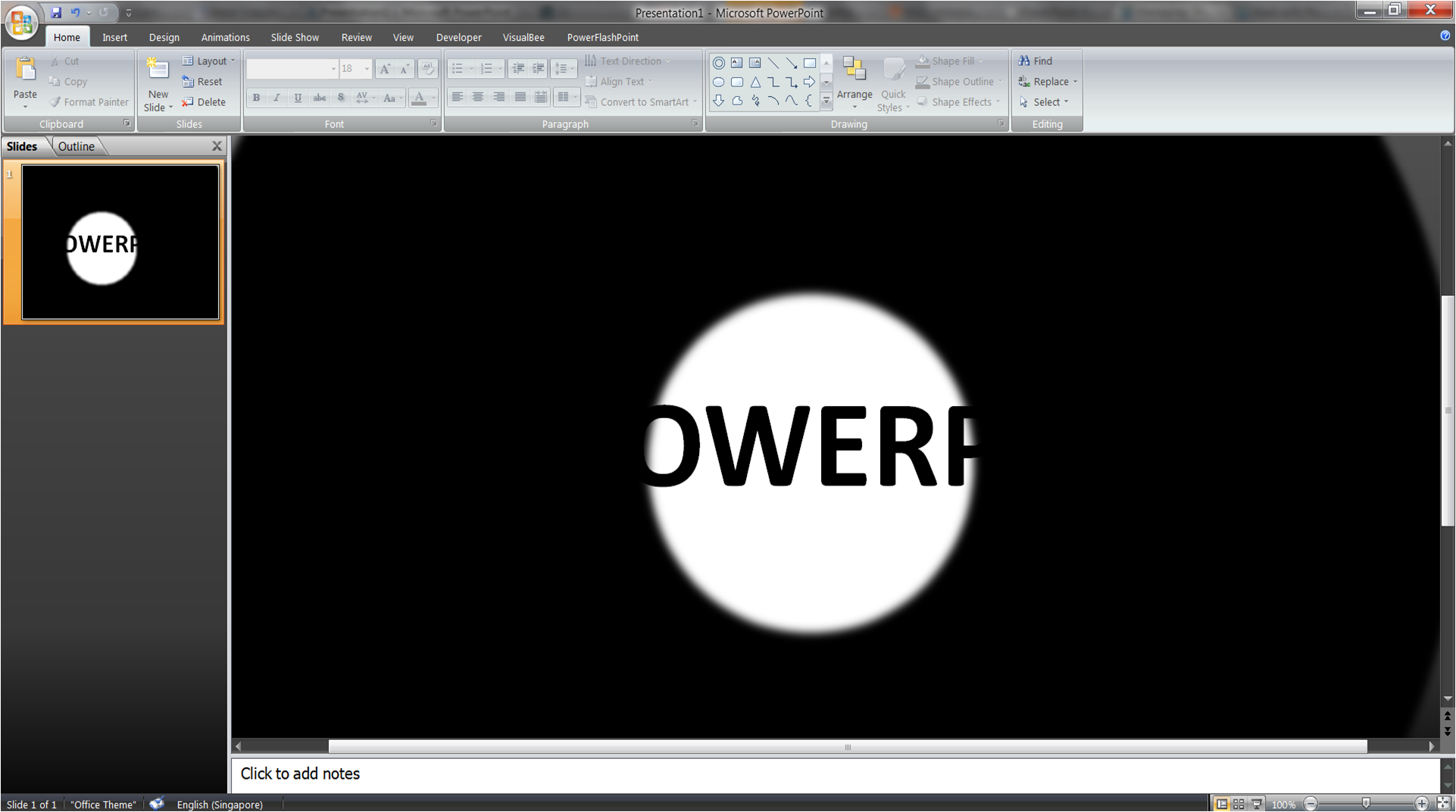 Above is a screenshot of how the masking in combination with the blur effect (or soft edge) will look like in PowerPoint 2007 and 2010. The blur effects offered by both versions are equally great. That being said, PowerPoint 2010 is a still great improvement over its predecessor. And what makes it stand out more is the amount of flexibility. In PowerPoint 2010, you are given complete control over the blur effects setting. To do so, right click on the shape, select Format Shape > Glow and Soft Edges. Under Soft Edges section, you are given a slider bar to set the soft edge of your preference from size range 0 to 100, as compared to 2007, which restricts you to only 6 increment options in the range of 1 to 50.